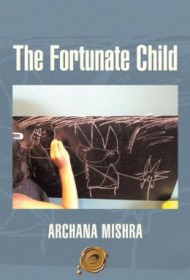 This is the story of a young Indian girl born to a family in the upper-class Brahmin caste who seeks to remedy the injustice she sees around her, particularly as it applies to educating the lower castes.

Rohini’s desire to help the less fortunate is inspired by stories of her late grandfather’s similar efforts. Rohini’s father, Uday, is also a friend to members of lower castes. But all is not as it appears. While Uday speaks of fairness and justice, his own wife remains illiterate despite her dreams of learning because he thinks her education is unnecessary. Uday initially appears to be a loving father but turns out to have a dark side.

Overall, the story has many pluses: The author presents an intriguing storytelling voice, is adept at showing vs. telling, and gives her characters weaknesses as well as strengths. She writes from an obvious knowledge of Indian culture, bringing readers into this world with skillful use of idioms and other devices.

The story is undermined, however, by puzzling inconsistencies. The novel begins with a description of a kind father, a man with a great sense of humor who gardens and cooks with his daughter. But after nearly a third of the book, with only a hint of trouble between the father and daughter previously, the author reveals that this same man has a temper so frightening, it makes Rohini wet her pants. Despite his abuse, Rohini inexplicably often directly challenges him. Rohini herself also undergoes baffling changes, at one point turning on the caste girl she promised to help, again with scarce set-up. The author tends to bring in new speakers or settings without clear transitions, creating a jarring reading experience.

Despite such issues, the plot is engaging and will keep readers turning pages. But a primer in technique and more incremental development of the characters, particularly Uday and Rohini, would make it so much better.