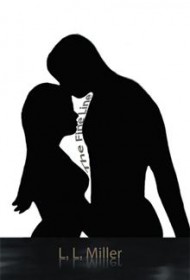 Carol, the protagonist of L.L. Miller’s The Fine Line, was raised in a dysfunctional household. Her mother, an alcoholic, made her daughter sick to gain attention and sympathy. Carol’s father refused to acknowledge that anything was wrong. Unfortunately for Carol, dysfunction follows her into adult life.

After surviving an abusive first marriage and an unhappy second one, Carol marries Sam, a dentist with a penchant for women, drink and drugs. Sam sobers up and they manage to build a life together, but he eventually reverts to his old ways and Carol is faced yet again with moving on.

Weaving in and out of Sam and Carol’s life together are additional characters: Liz and Margo, important women in Sam’s life; Grant, a man who finally offers Carol a chance at happiness; other couples who are on their own journeys through marriage and sexual discovery.

Having so many stories makes the book somewhat difficult to read, a problem compounded by confusing grammar and typos. But the plot always work back to Carol, and her relationships and quest for love and fulfillment are compelling and fraught with drama. In Carol, Miller has created a relatable character who somehow remains strong and hopeful despite situations that would break most people.

Overall, The Fine Line is an interesting, if flawed, story that addresses the complexity of sex, love, relationships and, ultimately, the quest for happiness.