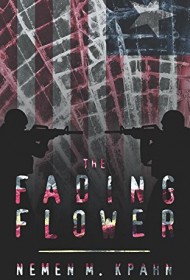 Set in Liberia in the Cold War ’70s, this passionately written historical novel primarily revolves around two brilliant military men whose friendship — and the country — fractures after a coup they organize overthrows the crookedly run government.

Master Sgt. Maxwell Forkpa and Staff Sgt. Samuel Dahn, each originating from humble backgrounds, initially work together to do what is best to restore their country to civilian rule. But while Forkpa initially fights Dahn’s insistence that he serve as President, Forkpa soon becomes enamored with and corrupted by the heady role. After plotting many unwarranted arrests and executions, Forkpa alienates the friend he now considers a potential rival by taking away Dahn’s beloved post as general. Exiled, Dahn devises a plan to aggressively take back the country by bringing down Forkpa in what sets up to be a violent conflict.

The novel’s characters are believably drawn, with strong physical traits and raw emotions, and the storyline is engaging, building gripping tension to a strong crescendo when detailing the final assault. Dragging the book down, however, are many distracting punctuation errors as well as words unnecessarily capitalized (“Rainy Season”; “Passer bys” ). Sentences also are often erratic as well, for example, “The soldier pulled out a gadget yellow and black hand held gadget from his belt charging all over her body with the device.”

In short, while this historical novel has a compelling story to tell, it needs strong professional editing to draw a wide readership.