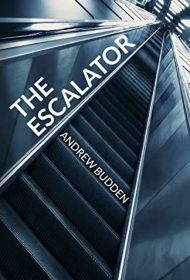 In this tale, members of an English family consider life as it pivots around their mentally unstable husband and father.

The story begins as retired couple William and Cas enjoy a cruise from Genoa to Shanghai. The ocean liner represents a metaphor of sorts for William as he reflects on his recovery from “insanity.” Following a cruise stop in Shanghai, the story is told in alternating points of view, primarily William’s, but also those of Cas and their adult daughter, Lois.

William’s memories shift from the times he was well, moments around the arrival of news “he had been sacked,” and years of mental illness, marked by escalators and other symbols or touchstones and his belief that he’s the pilot of the Concorde, the pope, and a scriptwriter for a popular soap opera. William and Lois also recall their regular meetings at McDonalds when William believes his daughter to be a stalker.

While Cas, who “hated just about everyone,” is markedly different from the kindhearted William, she’s “the love of his life.” Nonetheless, in his illness Cas seems to have abandoned him. Her recollections come from a room she inhabits alone by the sea.

This is an intelligently written, layered story informed by philosophy, symbolism and introspection. The characters are authentic, their experiences and emotions likely to resonate with readers. However, the story can be difficult to follow as it slips back and forth in time. For example, Cas mourns William’s death, but his recollections follow. Likewise, after the family buries Cas, her viewpoint is very much alive in ensuing paragraphs. Some of the narrative takes place during COVID, but William is stricken by a different virus on the ship; it’s unclear if or how the two are related. The confusion might easily be remedied with clearer transitions in the shifts in time and characters.

Difficult timeline aside, this story should appeal to careful readers who enjoy smart conversations and contemplation of life’s bigger questions.