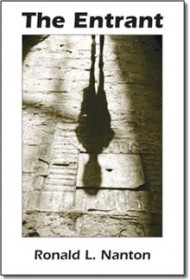 At their best, the poems in The Entrant by Ronald Nanton are dense, articulate and ambitious, crowded with sharply remembered details of a life that seems to have been lived at breakneck speed.

Born in 1946 in Port-of-Spain in the Caribbean, Nanton initially studied to become a Catholic priest and later worked as a reporter before committing himself to a career in education. In the early 1970s, he became involved in the Black Power movement and was drawn to the practice of the African religion, Orisha, though a spiritual reawakening brought him back to Christ.

That biography is the source of his poetry, and it’s a lot to pack into 89 pages. It is to his credit, that, by-and-large, Nanton succeeds. He does this by writing poetry that is stripped down, lean, concrete, and vivid. He sets his scenes in quick, vigorous strokes, as in “The Cradle”: “Cradled by hill / hugged by stream / mothered by dampened earth… A blanket folded / from hill to gulf / tinkled by birds, seagulls / rubber squeezed with toads…”

There are places, though, where the poems give too little context. The pell-mell rush of words, of places and people, can be confusing. It’s fine that the poems demand readers’ attention and require a certain labor at unpacking the references and meanings in the lines, but there is a point at which the poet himself should have taken the time to prepare the ground more carefully.

The Entrant, however, remains a powerful and evocative book, well worth the time and effort it takes to climb a few of its steeper, more difficult hills.