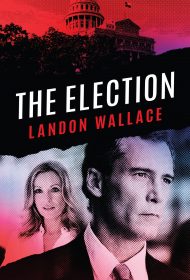 Landon Wallace has written a fast-paced, compelling and topical tale of political and personal intrigue set against the backdrop of the Republican race for Texas governor.

His story ricochets between the competing nominees, Senator Blake Buchanan and Attorney General Grace Striker; the machinations of their respective support teams; and the romance between Buchanan and Cat Alexander. These former lovers, both locked in faltering marriages, reconnect after 20 years and find the old spark is still red hot; but to protect their children and Buchanan’s political ambitions, they must be much more discreet than their almost uncontrollable passion allows. “Her safe and coded emails had now been supplemented with more risky and frequent texts, and these communications had become the crack cocaine of Cat’s existence.”

Wallace handles all of these elements with a deft touch, juggling his cast of scheming characters with flair and a crisp, economic writing style. He also has a knack for darting back in time just long enough to gather vital background information, which he threads seamlessly into the main narrative. As the election nears, Wallace ratchets up the suspense, and readers will be jolted by some unexpected twists and turns towards book’s end.

The author also plants a few ticking bombs along the way: For example, when Cat’s daughter casually grabs mom’s phone and goes off to make a call, Cat is frantic she may stumble upon a text from Blake; she doesn’t but someone else does.

This novel’s back-stabbing, blackmailing and back-room deals will be familiar to fans of television dramas like House of Cards and The West Wing, although Wallace’s approach is less edgy and dark. He does, however, burnish his story with references to the current political landscape and figures like Bill Clinton, George Bush, Barack Obama, and a pre-presidential Donald Trump.

The Election should appeal to political junkies and romance readers alike, who won’t mind that Wallace has deliberately left a few loose ends for a planned sequel.