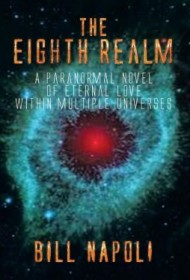 At the novel’s beginning, soul mates Mike and Cindy are in Las Vegas when Mike experiences instant telepathic rapport with a cocktail waitress. Mike tells Cindy he is positive he has not only known the waitress in this life, but forever.

Mike and Cindy soon meet up with the waitress and her fiancé, and Cindy experiences the same déjà vu with the man. Eventually, these four happen on to three more couples, all of whom share the same vague remembrances. By a strange instinct, they come to feel they will understand their connection if they can achieve simultaneous orgasms.

Indeed, at that mystic orgasmic moment, the ten find themselves in a mansion in another dimension. The house talks to them, fulfills their every wish, and helps them remember who and what they are. It turns out they are gods who created the universe that contains Earth billions of years ago. When humanity reached the 20th century, they voluntarily erased memories of who they are so they could be born as human beings and experience ephemeral life, setting it up so they could eventually accidentally meet and return to their home in the Prime Realm.

Although fanciers of soft-core eroticism might enjoy the many sexual encounters between the characters, lovers of a good plot will likely be disappointed. While The Eighth Realm has plenty of complexity, Its central characters are almost interchangeable and essentially perfect; thus, there’s no protagonist, no antagonist, no one with whom to empathize — and, most importantly, no conflict. Although there are attempts at humor, frequent jokes about “boobs” fall flat.

Napoli’s descriptions of Las Vegas and its excesses ring true, and his ability to write dialogue is a strong point. Overall, however, although eroticism can have literary value, the lack of a conflict and resolution greatly minimizes the value of The Eighth Realm.