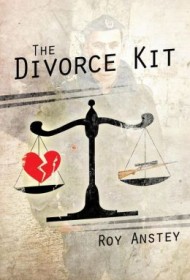 In this mainstream novel, the Australian character of Harry Webster chronicles his life during the Vietnam era. It’s a love story gone awry as Harry is drafted just after he falls in love.

Harry and Helen marry before Harry is shipped out to Vietnam, but his experiences as a soldier change him. Back in civilian life, he finds himself at odds with Helen and her friends and grows increasingly angry. He and Helen divorce, but Harry is unfairly represented in the acrimonious proceedings by an unscrupulous lawyer. He refuses to pay his legal bills and insults the judge, who throws him in jail. Harry uses the time to research the legalities of divorce without lawyers. Once he’s released, he opens up shop, dispensing common sense advice and selling a divorce kit with the necessary legal paperwork. Soon, he is forced back to court to defend the legalities of his business.

The book is generally a pleasant read, despite numerous copy editing errors. Although couched as fiction, the first-person point of view and phrasing make it feel more like a memoir, with statements such as this one: “incidentally, Betty is not her real name.” Indeed, the author seems most comfortable in memoir mode: “I had a job that gave me money but no pride, my old friends had either disappeared or changed…,the fact that I had fought in Vietnam meant that I was a social pariah….” He’s on shakier ground with his stilted attempt at legalese: “Referring back to Johnson versus Marks, your previous determination being at such odds with today’s request, a new judge would be required to avoid any suggestion of bias.”

The author seems to race through the story, concluding abruptly with, “and that really is the end of my story!” Despite any downfalls, however, the story is highly readable, and the problems of the Vietnam War and its returning vets will resonate.