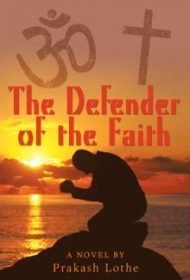 This novel about India on the cusp of independence is a story of many conflicts. Focused on a single family, the narrative weaves a complex tale of the struggle between castes, religions, strategies of confrontation with British overlords, mysticism vs. practicality, tradition vs. modernity, and women’s place in society—all against a backdrop of the normal family tensions of children growing up and seeking their place in the world.

The narrative begins with a deadly accident—a wagon is swept away in a rain-swollen river—survived by two children of the Shirodkar family: 13-year-old Veemal (“a perfect age to be married”) and her younger male cousin Shyam, who the family astrologer has predicted will die an early death. The story centers on their lives as they grow and, separately and together, challenge the conventions of their world.

Son of a much-revered Brahman preacher and scholar, Shyam begins to have doubts about his family’s religion when he’s befriended by a Muslim boy. As his education progresses, questions deepen about such things as arranged marriages, widows shaving their heads and being forbidden to remarry, the treatment of women in general (“If women start working, the family structure will collapse,” his father tells him), predestination and reincarnation. These misgivings lead to Shyam’s increasing interest in Christianity. When he resolves to convert, the stress in the Shirodkar family becomes a crisis.

Meanwhile Veemal struggles to find love, identity and independence as she moves from childhood through an arranged marriage to an early widowhood.

The author writes with straightforward, descriptive prose, delivering relatable, sympathetic characters. The two stories, set against a backdrop of India’s fight against British rule, give readers insight into a country in turmoil and how individuals battled with themselves and others to discover their role in its ever-changing landscape. The result is a well-constructed, carefully drawn novel that provides a revealing look at the subcontinent and the tensions among its people that have lingered long past independence.