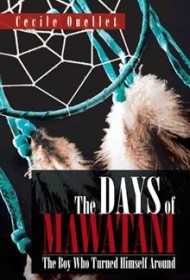 As the story opens, 12-year-old Mawatani embarks happily with his father, Steals Many Horses, on their annual spring rabbit-hunting trip. Their expedition comes to an abrupt and devastating end, however, when an accident leaves Steals Many Horses dead and Mawatani gravely injured.

One year later, Mawatani’s right leg is permanently lame. He has given up trying to become a warrior like his father and refuses to allow himself any hope for the future. But Mawatani’s uncle, Bear Walker, refuses to let him surrender to self-pity. When Mawatani saves Bear Walker’s life while reluctantly accompanying him on a hunt, the boy realizes it is time for a change. With help from Talks with Owls, the village medicine man, Mawatani embarks on a vision quest. Though impatient and disappointed at first, Mawatani eventually gains a measure of wisdom and a sense of his place among his people.

The Days of Mawatani should have great appeal to young fans of Ann Nolan Clark’s Secret of the Andes and Scott O’Dell’s many novels of indigenous American life. Like those authors, Ouellet provides an intense sense of history and level of anthropological detail without sacrificing emotional power or narrative flow. Ouellet makes a refreshing and unusual choice in focusing on only the Lakota way of life, rather than on indigenous-European clashes (though a brief mention of Lewis and Clark hints at such conflicts to come).

Mawatani is a sympathetic but thoroughly realistic character, one with whom middle school and older elementary school readers should have no trouble identifying. Both educational and engaging, Ouellet’s novel would make a stimulating supplement to a school history curriculum.

BlueInk Heads Up: Highly recommended for young fans of Scott O’Dell, as well as for educators.