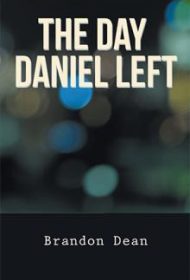 In this tale, a medical crisis moves a man to recall his life, particularly leading up to a reunion 25 years prior.

As the story opens, Daniel Connor and his wife have learned that the medication for an unnamed disease that’s causing Daniel’s brain to shrivel and bruise is not working. Soon, their friend Barbara, a journalist, begins recording Daniel’s story so it won’t be lost to the affliction. The story then flashes back to the friends’ school days with their classmates: the “Bad Boys,” Thomas, Johnny and Tim; Edina, the smart girl; Becca, the pretty girl, and her best friend, Jennifer.

During school, friendships form, young love blossoms, and the usual highs and lows of adolescence play out. Then, they are adults going their separate ways. Daniel heads to college but, after a harrowing experience, moves back home and begins waiting tables at Gnarly Ned’s. There, he meets single mom Grace and falls in love with Grace and her daughter, Natalie. When things go badly, Daniel resolves to leave town, but then comes the fateful class reunion, and lives are changed again.

The small group of friends at the core of this story bring to it warmth, humor and sorrow. But the narrative can be hard to follow, not only shifting through time, but also switching narrators. The story is initially told by Daniel, then Barbara, and later, Jennifer. There is also too much exposition versus active scenes, resulting in the feeling that the story is being summarized, rather than experienced.

While some minor editing errors are momentarily distracting (“Coach Kelly presumably wanted to break us in and simply asses [sic] roster positions”), they aren’t serious enough to impact the story.

Those willing to overlook the abovementioned challenges, will enjoy the characters in this novel. Many readers will be reminded of their own fond memories of school and the friendships formed there.