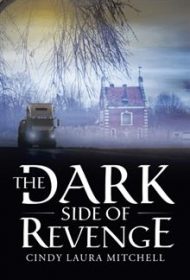 Dark Side of Revenge unveils the story of Melicia, who at the book’s opening wakes up confused in a hospital bed. Through a series of flashbacks, readers learn about the character’s troubled past.

As a child, Melicia once had a blissful life. However, after her father dies in an unusual circumstance, she learns the hard way that some people have an unimaginable dark side. Stepfather Frank and his son and two daughters from a previous marriage soon make Melicia’s life a nightmare. At first, Melicia is at a loss as to how to stop it, but, as circumstances grow worse, she devises a plan to strike back on her own.

The Dark Side of Revenge delivers a well-developed plot with solid pacing and some surprising twists. Descriptive sections are effective, if not exceptional. For example:  “On opening her eyes, she found herself staring into the piercing, cold blue eyes of her stepfather . . . She watched his cruel mouth slowly curve into a grin, sending a shiver across the tops of her shoulders.”

The novel’s main weakness is with its character development. Some characters, such as Melicia’s boyfriend Brad, as well as Simon, the groomsman for the protagonist’s pet horse, are too thinly drawn in key situational events to properly carry the plot in places. Greater fleshing out of their personalities and motivations would enhance the narrative.

Nonetheless, the book is a page-turner with a clever twist at its climax that will please many. With some revision, the story has the potential to attract an even wider audience of women readers, in particular.