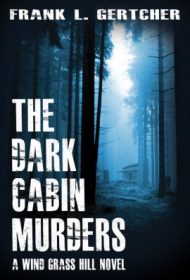 The main theme of this swiftly moving, engaging novel is the age-old battle between good and evil for control of one man’s soul.

The story first outlines what happened 25,000 years ago when “the One in Heaven” dispatched two contrary spirits to what would become (millennia later) southern Indiana. The good settled on the crest of what would later be called Wind Grass Hill, while the evil inhabited the dells in the land below. From their respective outposts, they awaited the arrival of the first humans.

The novel then jumps to the 19th century as two grifters arrive in the small settlement of Maryville with their quiet but strangely perceptive 11-year-old son, Thomas. Soon, the boy makes a deal with the evil spirit of the dells that will haunt his life. The short-term benefit comes when one of his conniving parents’ schemes goes awry, and the newly empowered Thomas can take charge, dispose of the evidence of their crime and discover their victim’s gold, transforming the family’s future.

Gradually, the young man draws away from his parents’ malicious orbit and forms a lasting friendship with two schoolmates. As the narrative follows the trio, it delivers a detailed portrait of southern Indiana during the 19th century. Meanwhile, the battle for Thomas’ destiny looms.

In a series of well-told episodes, the author delivers a realistic version of time and place, exploring the era’s educational, medical and business practices and examining the church’s central role in fulfilling the community’s spiritual and social needs while giving a searing account of the brutal, bloody, hand-to-hand combat of the Civil War. The characters are generally believable, though some may find them one-dimensional: either all-bad (Thomas’ parents) or all-good (virtually everyone else). Despite this, the narrative moves resolutely to an ending that—although somewhat predictable—will satisfy most readers.

Overall, the story should appeal to those interested in how the people of this time related to each other and to their world.