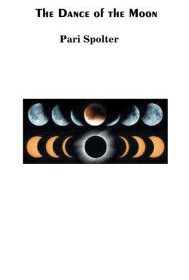 The Dance of the Moon is a compilation of graphs, charts, and definitions presented by the author in the effort to explain the orbit of the moon in its peculiarities.

The author leans heavily on research gleaned from a wealth of traditional physics and astronomy sources, including the works of Sir Isaac Newton, Kepler and other notables, in addition to published U.S. governmental almanacs, NASA studies, and other compendia. In addition, she relies on information from alternative physics publications and her own previously published book Gravitational Force of the Sun, which was noted for presenting alternative theories to accepted physics theory.

Deceptively dense at first glance, the book is actually immediately accessible to those who are mathematically and/or scientifically inclined and presumes only a passing knowledge of algebra and high school physics. Author Pari Spolter does not propose new theories, but instead spends a majority of the book presenting collected data to exemplify the components that we witness as the “dance” of the moon, including cycles of new moon to full moon and back, and perigee to apogee and back. Spolter also explains the Saros (eclipse rhythm) and includes charts for one decade-long Saros progression for both the Sun and the moon.

For those who wish to research both conventional and alternative physics theories, the bibliography is thorough in attribution to sources both inside and outside the mainstream.

While chart- and graph-heavy, the book has few difficult math formulae to navigate. Outside of the tables, however, there is not an excessive amount of narrative, and those searching for groundbreaking theories will not find them here. But strictly as a reference, The Dance of the Moon, is a compact and well-attributed compendium of data about the moon’s movements for nearly three decades.