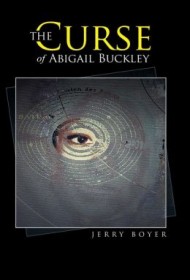 After inviting her great-niece Dawn to come stay with her for a few weeks, 93-year-old Abigail Buckley not only informs Dawn that she is the sole heir to millions of dollars but Abigail recounts an incredible secret family history that includes witchcraft, murder, infidelity, and a curse that has been passed down for generations.

The story begins in southern Texas in 1892 with Abigail’s father, who, as a young trapper, became independently wealthy from his lucrative trips to Lake Winnipeg in Canada with his nephew Henry. The family history becomes exponentially more complicated when Henry marries a beautiful Mexican-American woman who is a curandera, a healer with incredible abilities, both good and bad.

Abigail’s measured and nostalgic chronicle of her family’s history makes this novel an undeniable page-turner. The narrative voice is intelligent, fluid, and composed. Additionally, the use of occult elements is understated and fits seamlessly into the narration. The tone of the novel changes markedly when Dawn’s storyline moves to the forefront, however. Whereas the actions of Abigail and her family members are believable and have an authenticity about them, Dawn’s story arc is filled with head-scratching decisions and events that just don’t seem to fit.

That said, this is a highly entertaining novel that evocatively portrays the border towns of the Southwest in the 19th and early 20th centuries. The character development is exceptional—particularly the cast of strong female players—as is the exploration of sociological issues associated with being female during this era: the advantages and pitfalls of marriage, the twisted moralizing regarding prostitution and sexual violence, etc.

The subtle supernatural elements add spice to an already fascinating story about one family’s closet full of skeletons.