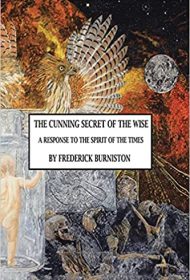 Frederick Burniston’s The Cunning Secret of the Wise is an academic treatise exploring the philosophy and psychology of C.G. Jung and applying it to challenges both secular and spiritual. In a diverse, anthological approach, Burniston has curated 14 papers and three appendices (some previously printed in scholarly publications, and many benefiting from insights from additional scholars of religious studies).

These pieces explore and integrate other thinkers vis a vis Jung, including Nietzsche, Mircea Eliade, and Erich Neumann. Notably, The Cunning Secret of the Wise features extensive engagement with the rise of perennialism and its connections to recent Islamic thought, drawing from Ibn ‘Arabi, Rene Guenon, and, perhaps most notably, Frithjof Schuon, a controversial figure with whom Burniston was able to converse in writing and through direct conversation with Schuon’s protégé, Martin Lings.

The book is the culmination of a life of truth seeking and scholarship for Burniston, and it feels palpably like a labor of love. It is advanced reading, best suited for those already engrossed in the conversation about Jung in the modern world, and it may be less accessible to the novice student of religious studies. However, there’s nothing in Burniston’s approach that obfuscates; despite requiring some knowledge of academic concepts, his writing is clear and incisive.

As Burniston notes, readers need not approach this as a linear text but can, instead, jump into any chapter that interests them—and there’s plenty to be of interest.

This is a niche book, not necessarily for a general audience. But for those who specialize in Jung, it engages with his ideas in a variety of fascinating ways. And, importantly, it expounds on figures and schools of thought that are often underrepresented in the current academic moment, particularly Guenon and Schuon. For that alone, it deserves a spot on the shelves of serious psychology, spiritual and religion scholars.