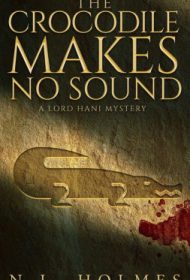 Set in pharaonic Egypt during the early reign of Akhenaten, the second installment of N.L. Holmes’ Lord Hani mystery series (after Bird in a Snare) continues the adventures of Hani, a lifelong diplomat who recently left the service because of the perplexing foreign policy agenda of the new king.

Like the first novel, three narrative aspects make this an engrossing read: the impressively complicated mystery threads, the cast of fully developed characters, and the focus throughout on the meticulous description of 1346 BCE Egypt.

As the novel begins, Hani discovers that his brother-in-law—a priest who has openly shared his disgust at the new king’s abandonment of the country’s traditional polytheistic religion for Atenism—has disappeared and is feared to be dead. His brother-in-law’s actions have jeopardized Hani and his entire family—and to make matters worse, Hani becomes reluctantly entangled in a blackmail plot involving the King’s beloved wife, Kiya, whose affair with an artisan could destabilize the entire empire.

Complicating the aging envoy’s life further is a former outlaw leader and new vassal staying at his house indefinitely, the looming births of grandchildren, his younger brother’s unintentionally illegal business deal, and a teenaged daughter who wants to be a doctor.

Holmes’ descriptions (externally and internally) of the main characters are so deep and insightful that readers will finish this novel feeling like they not only know Hani but his entire family, as well. Even the description of secondary characters, like Queen Nefertiti, are memorable: “Her heavy-lidded eyelids were painted to perfection, her full lips rouged… her movements, even in this formal setting, were sinuous and catlike.” Holmes’ description is just as rich when it comes to setting. Readers will feel as if they are there, fully immersed in the reality of ancient Egypt.

The Crocodile Makes No Sound is a masterfully written saga featuring complex storylines and emotionally connective characters. It should delight mystery and historical fans alike.