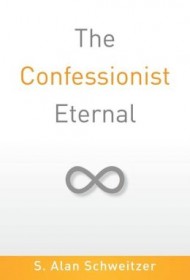 Although this near-future science fiction novella aims to explore intriguing concepts such as genetic engineering, cloning and space colonization, it presents considerable challenges to reading enjoyment.

The narrative begins with Lloyd Chadwick incarcerated for murder and awaiting execution. Just hours away from death, Chadwick essentially relives the events of his life that have led to this moment. Born in Ohio in 2115, he lost both parents in a tragic car accident when he was young and then suffered years of sexual abuse from his adoptive father. When his foster parents are found murdered, Chadwick is falsely convicted and sentenced to 10 years in prison.

A few months later, however, Chadwick is exonerated and goes to live with his high school principal, who compassionately takes him in. The one constant throughout Chadwick’s life is strange connections to Brighton Institute, a mysterious research company focusing on “human advancement studies” where he eventually gets a job.

As Chadwick’s execution looms — after he has once again been arrested for murder — he begins to realize that his entire existence has been that of a pawn in a game where the stakes are nothing short of the very future of the human race.

It is difficult to summarize the story adequately, as the narrative here is choppy and awkwardly constructed. Many lines are inexplicably repeated and often sentences are impossible to decipher (i.e.: “Central offices of Brighton, or those images of new and emerging potential, were now beginning to set up their own personal agendas, experimenting with a host of additional, often monumental experiments such as cloning, all of which were postponed until the arrival of a new renaissance.”)

Written in a third-person narrative, the story is emotionally detached. Character development is minimal, as is the world-building, backstory, and thematic profundity. Cloning, for example, is referenced, but its mind-blowing ramifications aren’t even mentioned.

Overall, this feels like a rough draft. Without needed polish, it delivers a generally unsatisfying reading experience.