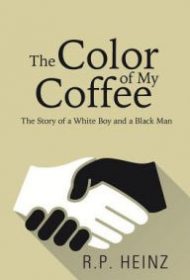 Steven Riley, the younger son of an aloof father and mentally incapacitated mother, is surprised and hurt when, at age 16, he’s told he must pay rent. Although he works after school and during summers, his pay doesn’t cover this expense. This changes when he’s given an opportunity to assume ownership of his older brother’s auto detailing shop. But Steven can’t do the work alone; he hires Herb, an older, wiser African-American with experience as an auto detailer.

Steven has never known any African Americans, and as his suburban world expands, the dynamic between the two is intriguing and entertaining. With street smarts to match his strong work ethic, Herb becomes a mentor to the geeky teen, who has few friends and little time for anything other than work. Herb also has secrets regarding his lifestyle that keep Steven guessing.

Heinz’s descriptions of auto detailing work, the friendships among the shop’s workers and Steven’s emerging self-confidence, thanks to Herb, are astute. Yet, Herb’s voice, and that of other black characters, distractedly relies on African-American vernacular, such as: “’Fane, jes fane,’ Herb said. ‘Ever’thang gooood, we doin’ fane.’” The language feels overplayed and can seem at odds with his characters’ exhibited intelligence, even when taking the time period into account.

Also, given the era and locale, it’s odd that only limited references are made to race relations, music and Vietnam. And it’s difficult to believe that as a teen, Steven could run a successful business with several employees to oversee. (Herb assists with the latter, but not the administrative aspects.)

Nonetheless, Heinz is successful in conveying that one’s skin color is less important in a relationship than trust and respect, and readers will appreciate the story’s positive glimpse into race relations that highlights the power of friendship.