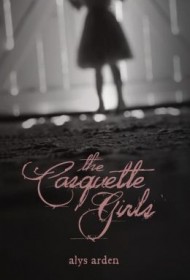 When the novel begins, 16-year-old Adele Le Moyne occupies herself texting her “bestie” and flirting with handsome young men. Having been evacuated from her home in New Orleans following a devastating hurricane (think Katrina), she returns from France after briefly reuniting with her estranged mother, BrigItte. Back home with her father in New Orleans, Adele develops telekinetic abilities, notices a large black crow following her everywhere, and enjoys two mysterious men vying for her attention.

Hazed at her snobbish new school, she reads Franz Kafka’s The Metamorphosis, in which a man alienated from society and himself slowly transforms into a bug. Similarly, her own gradual transformation seems prompted by her sense of alienation following the storm, an event which has also separated her from her best friend who moved across the country.

The intricate plot weaves Adele’s story with that of her ancestor, Adeline, who came to New Orleans in the 1700s aboard a vessel terrorized by vampires. Actual Louisiana history, in which young French women arrived with “casquettes” (casket-shaped suitcases) containing their dowries, is combined with established legends about vampires sleeping inside these casquettes. Divided into three sections (“Adele,” “Adeline,” and “Brigitte”), the book blends old and new with fact and fiction in a mixture as intoxicating as the witchcraft so integral to the story.

The novel is aimed at the young adult market and the type of older supernatural romance readers who embraced the Twilight franchise (from which many ideas are borrowed). Lively language makes this an easy read, despite the length, and most story threads tie together satisfactorily — although some unanswered questions leave an uneasy feeling about The Big Easy, presumably to be addressed in the sequel.

Overall, readers will find an engrossing, atmospheric tale that pays tribute to New Orleans while exploring its legends of the supernatural.