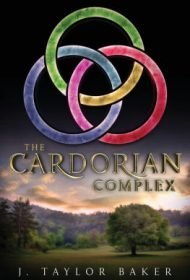 Jeremiah has been talking to high school counselor Tom for most of his years at a private high school. Now a senior, he realizes he isn’t ready for college—or life. Tom, who regularly administers the Myers-Briggs personality test to Jeremiah, believes the boy may benefit from a summer with him in Parliss County, where Auralites convene to advance their personal growth. Auralites, Tom explains, use a crystalline device that, when held, reveals personal traits by its changing colors more accurately than the Myers-Briggs’ results. Jeremiah is intrigued and requests that his closest friend Alicia go with them.

Once they arrive in Parliss County, Tom mysteriously leaves. Meanwhile, those Jeremiah and Alicia encounter on their separate rounds gradually become interconnected, as all their memories seem to center on a girl named Alexandra Cardor. Alexandra impacted the Auralites in remarkable ways—as surrogate child, mother, sister, lover—and then simply disappeared. Speculation turns to Tom: Where has he gone? Is he on a quest to finally locate Alexandra?

This is a complex psychological fantasy. The writing is clear and well organized, with its many threads drawn together by Myers-Briggs’ results for the central characters, along with explanations of the terminology of that instrument. At times, the characters’ psychological questioning and self-examination, especially Jeremiah’s, override the action, and the story clearly isn’t for everyone; but these passages will likely appeal to teens who identify with Jeremiah’s and Alicia’s struggles with social awkwardness. The two protagonists experience satisfying personal growth as they interact with a large cast of more static characters.

This unusual read should appeal to brainy young adults with an interest in the story’s psychological bent.