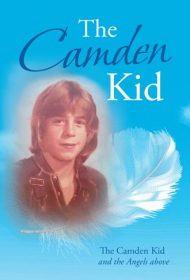 In this brief memoir, the author, who calls himself The Camden Kid, recounts the story of his life, one marked by tragedy and trauma.

The Camden Kid is told in a stream-of-conscious, fragmented style that obscures the chronology of events. The author remembers his mother coming home when he was five “after her mastectomy [sic] darkness for four years.” The darkness is never fully explained.

He writes that he became an IV drug user from the age of 18 until 22, which “was the last time I ever stuck a needle in my arm. Then cocaine till, August 2013 [sic] never touch that drug again.”

He married and worked various jobs: on a cruise ship, as a house painter, in a casino. Tragedy struck when he was in a car accident and suffered a brain injury, and when a friend was murdered.

The author often writes of paranormal events. He discusses seeing a “fourth dimension” and having visions and “dreams that turned out to be the truth.” He also mentions “ghost people” and an evil entity that “was always trying to trick me into a corner.”

While the author’s experiences are dramatic and could potentially make for an interesting read, the book’s technical issues create unsurmountable obstacles. The scattered writing style makes it difficult to piece together the particular events mentioned. The story lacks transitions, and often introduces many different ideas within a sentence or paragraph.

Punctuation, grammar issues and puzzling sentences make reading a further challenge. For example: “These are definitely truths that God said he is aware of the problem is about taking over a country, though evil, ideas using very dangerous tactics, to make it look like someone or something, what is valuable item it’s called greed…”

Although its raw material is promising, the book requires revision to find an audience.