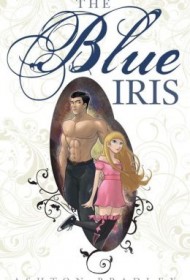 The cover of The Blue Iris features a cartoon drawing of a young teenage girl with a muscular, protective-looking male behind her and a white, innocent-looking background. That, as well as the book’s length—just 70 pages— might lead one to conclude that this is a whimsical story for tweens.

But after a few pages of character development of the protective male who is, in fact, an angel named Gabriel, the writing diverges sharply into a graphic rape scene of the girl’s mother. Reading further, more than half of the remainder of the book could best be described as hard-core erotica.

The setting—our world after the Christians have been removed during the Rapture—gives the author a perfect atmosphere for debauchery. Indeed, the girl, Ainsley Galloway’s, character development consists of a transformation from innocence to willing sex slave. Meanwhile, Gabriel changes from caring angel to fallen angel, one who’d much prefer to deflower than protect. God and Jesus are characters, as is Lucifer.

Those looking for erotica will find an unusual premise and graphic, though mostly tastefully written and titillating, sex scenes. But the confused identity is a decided problem with this offering. The book is labeled “Religious Fiction” on the back cover, and the plot description mentions a story involving “desire” and “lust” but gives no hint of the inclusion of graphic sex. Together with the misleading tween-style cover, this seems deeply irresponsible.

The story is also hampered by weak characterization and a confusing plot, an issue that may not bother those interested mostly in the sex scenes. Still, this book does not belong in the teen section and should be clearly labeled for what it is.