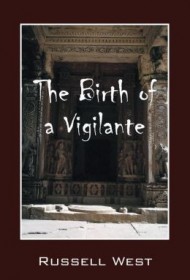 Russell West’s teenaged hero is one Titus Booth—grandson of Civil War heroes, witness to the brutal 1904 murder of his parents in St. Louis and a certified boy genius. He speaks four languages by age six, invents an air conditioner at 14 and, having traveled to exotic Hong Kong through the generosity of a wealthy Wall Street patroness, becomes the star pupil of a kung fu master, while simultaneously developing an automobile engine that will run on any fuel, from fat to rum, and an array of lethal ammunition—exploding bullets, dum-dums, heat-seekers—much in demand by forces good and evil.

By the time he’s 16, Titus has done it all, as befits a prodigy “as much a natural at anything athletic as he was in his academic interests.” He also means to kill the Irish pedophile sailor, Patrick O’Flynn, who raped and robbed him aboard the China-bound freighter Sandy Marie.

This is an ambitious, action-packed agenda, but unfortunately the novel’s author has difficulty balancing all the elements to produce a coherent whole. Clogged with superfluous subplots and characters that mysteriously vanish without a trace, The Birth of a Vigilante founders in its own complications.

Meanwhile, the story pays no heed to period-accurate details and terminology: There were no children’s “play dates” in 1896, no “sleezeballs” or “dive bars” in 1906, and it’s unlikely anyone was “upfront” with anyone about anything until at least 1970.

The younger male readers this fantastic adventure appears to target may find excitements here and there: Titus Booth’s inventions (which include a rapid-fire machine gun that can shoot pebbles as well as bullets) are themselves inventive, and it’s hard not to like a teen hero this handsome, brilliant, courageous and moral—his thriving arms dealership notwithstanding. But in the end, the author’s writing lets him down, and Booth’s extremist exploits don’t ever fully convince.