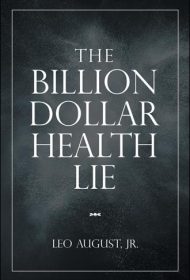 The plot starts with a bang when a mother and father pick up their 13-year-old daughter from Christian summer camp to get her treatment for a severe sore throat. Although they prefer holistic remedies, the parents agree to an experimental antibiotic for their daughter so she can more quickly recover and return to camp. But the girl dies. Her parents experience marital difficulties as a result, and the family files a lawsuit.

The lawsuit is not against a particular doctor or health system, but against the entire pharmaceutical industry and two factions of the federal government in charge of medications. In this way, the author uses the book to showcase a one-sided view of the evils of the pharmaceutical industry. Interestingly, the author is a chiropractor himself and well versed in alternative medical treatments. He uses his characters to describe nondrug options in clear and logical terms. Unfortunately, these long stretches of dialogue —about holistic treatment and the benefits of chiropractic care —become tedious and stall the plot.

Characters are largely predictable: The husband and wife return to their faith to address their marriage difficulties; an antagonist named Paul has an epiphany that parallels that of Paul from the Bible; people who work for the pharmaceutical industry are evil and conniving. (One jarring exception to predictability is when the husband shifts from arguing with his wife and being angry with God to sharing God’s love with a patient in the next scene.)

This book’s title suggests that it will be nonfiction, and the author may have had better success going that direction rather than trying stuff so many facts into a novel. As is, the book will have limited appeal, most likely to conservative Christians who are also suspicious of the pharmaceutical industry.