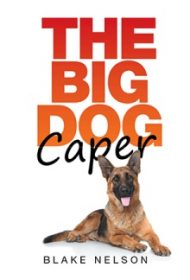 In this novella, a dog goes missing, prompting the amateur sleuthing skills of a handful of children.

When airline captain Randy Miller awakens to the sound of a barking dog, he looks outside, but sees nothing. Soon, the phone rings with news from their neighbors, the Hanson family, that their German Shepherd, Buster is missing. The police are summoned, but can find no real clues as to who might have stolen their dog.

Mark and Scott Miller join friends Josh and Tyler Hanson in finding clues to the missing dog, but suspect that the culprit is Kyle Smith, a juvenile delinquent who lives nearby and is known as the neighborhood bully. Kyle, however, insists he has turned over a new leaf; he asks to join the boys’ tree house club, promising not to beat them up anymore. But the boys want no part of him.

While the boys ponder Buster’s loss, they also enjoy the usual summer fun of splashing in the pool, running from the neighborhood girls and general child’s play. Then, just when everyone has given up on Buster’s return, the police get a new tip from an unlikely source.

The author writes that, growing up, he “loved telling campfire stories.” This slim tale underscores the difference between the oral tradition of storytelling and the more complex task of writing fiction. The book is rife with technical issues, including punctuation errors, misspellings, and the continual use of the word “then.” (“Josh then asks..,” “Joyce then says..,” “Shirley then walks….”)

Additionally, the plot is full of holes; for example, how did the dog napper know the dog was named Buster? And why did he need to steal it rather than buying a puppy? Likewise, Kyle’s character is greatly inconsistent. Why would the neighborhood bully endure humiliation and even pain without striking back?

With extensive work on technique and plot, this could be an entertaining children’s tale, but as is, it simply doesn’t hold up.