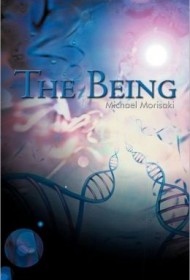 Stories of spiritual enlightenment or miraculous healing are staples of New Age reading. As such, The Being raises many philosophical questions, only a few of which it ultimately answers.

Mike Daniels is a married father of two who owns a successful auto repair shop. As the story begins, he’s dying of cancer in a hospice bed. His wife visits to double-check that he’ll be gone soon and her inheritance will be secure, and his business partner seems ready for the promotion he’ll earn by default when Mike dies. Instead, Mike hears a voice in his head and is healed of his cancer, leaving the hospice on his feet and looking for a new start. Along the way, he communicates with The Being who cured him, and tries to grow and further himself.

The Being breathes some new life into this formula by having Mike, now imbued with amazing powers to retain information, blasting through encyclopedias, finishing his education, and becoming a physics professor. He then realizes that his wife and kids, who he’s thought of as distant, had always been waiting for him to take a more active role in the family; as he reaches out, their relationships improve. This is both moving and realistically portrayed.

Unfortunately, Mike’s relationship with The Being doesn’t click, in part because the writing is choppy and uneven, as in: “Mike sat erectly in his lawn chair. If he had his lap top, he would take notes. He sensed The Being was about to deal with some serious issues.” In their conversations, The Being frequently hints that he’s going to reveal some juicy tidbit about humanity’s future, then defers with something like, “It’s another one of the things I’ll show you later.” But in this book, later never comes.

The Being may appeal to fans of Richard Bach and Daniel Quinn for its cosmic and philosophical friendship, but the writing requires focus, clarity and flow to truly sparkle.