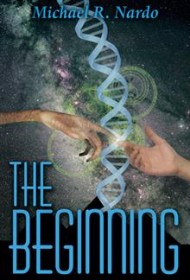 As the story begins, two winged creatures descend from the sky carrying a vessel, deposit it in the Mound of Tiamat in southern Iraq, and return to the skies.  A week later, a team of Navy SEALs is sent on what seems to be a simple reconnaissance mission in Iraq. But as the SEALs trek farther into the caves at Tiamat, they discover ancient markings along the walls and gold dust at their feet, suggesting there is something greater and more mysterious at work.

Meanwhile, south of Tiamat in Basra, an archaeological expedition locates evidence that may help confirm the Ancient Astronaut Theory, which states that extraterrestrials helped early civilizations advance and may have even seeded civilization. Eventually, the expedition and the SEALs collide, and their findings spur the U.S. government to prevent their findings from reaching the public and disrupting humanity’s way of life.

The book is clearly well researched. Characters guide readers through intricate histories of the ancient Sumerians, their mythos and traditions. However, although giving context to the events in the book, these moments are so jam-packed with information and lists that they often interrupt the story’s flow. In fact, the novel leans more toward a government conspiracy narrative than science fiction; the only extraterrestrial encounter doesn’t occur until 20 pages from the book’s end.

The narrative is further bogged down by the introduction of nearly 50 characters by Chapter 7. Every character has a name and a backstory that includes extensive descriptions of physical appearance and educational background. With so many people to keep track of, it’s difficult to feel sympathy when characters are distressed, camaraderie when they succeed, or sadness when they’re killed.

In sum, The Beginning is a unique narrative that offers interesting alternate theories for our existence. The author’s approach, however, ultimately makes for a less successful novel.