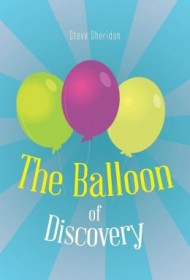 The Balloon of Discovery follows two siblings on a short adventure that teaches them about environmental damage caused by humans.

The book lacks illustrations, which will be a drawback to young readers, but its language is engaging, whimsical, and appropriate for ages six and up. The story begins at a fete where balloons are bought and set loose “to drift off into the countryside and beyond […] in the hope of discovering just how far they would go.” A brother and sister — the story’s protagonists — release a balloon and follow it to a strange tree. There, they meet two other children and learn how to protect trees (recycle), the water supply (use less water), and the air (limit driving).

While well intentioned, many of these lessons ultimately miss their mark: Most land within the purview of adults more than youngsters and others lack specificity. The book never recommends, for example, turning out lights when leaving a room. Instead, young readers are encouraged to ask their schools to buy recycled products and their parents to drive less. Even if these actions are more impactful overall, the book would benefit from emphasizing tasks children can work into their daily routines. Such concrete recommendations would give young readers a better sense of their own empowerment in protecting the environment.

Finally — and most frustratingly — the story ends when the children retrieve their balloon and re-release it. The moment is meant to be transcendent but ignores a cardinal rule of environmentalism (don’t litter) and overlooks the damage to marine life caused by deflated balloons. Ultimately undermining its own principles, this book falls short of being a productive environmental guide for children.