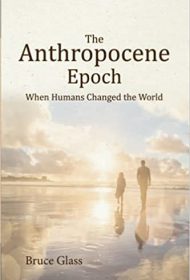 Although much of what appears in this book “may seem a bit bleak and pessimistic,” ultimately there’s plenty of reason not to despair over the environment. That’s the driving message of Bruce Glass’s brisk primer to how humankind triggered global warming and other ills and how we all can address it.

Science mavens are unlikely to find anything new here, but other readers should appreciate how carefully Glass lays out his subject’s basics. He goes all the way back to the formation of the earth, proceeding through the first emergence of life and the large-scale extinctions, prior to the looming current human-caused disaster, that have periodically wiped out the planet’s lifeforms en masse. Readers also encounter the thinkers who have shaped our current understanding of the environment, such as chemist Paul Crutzen, who named the current era in the earth’s history the “Anthropocene” (human-dominated) epoch.

Having laid the groundwork, Glass discusses how climate change is destroying animal habitats and starting to disrupt human existence, too (as in California and Australia ‘s recent harrowing wildfires). Fair-mindedly, the book acknowledges the benefits, as well as costs, of human technology, which over the last 50 years reduced “the number of people living in extreme poverty… from a little more than half to about 10 percent.”

However, the author stumbles in devoting an entire chapter titled “An Age of Unreason” to the rise of anti-science attitudes on the American right, writing that “a rather vulgar political culture has arisen that not only rejects science, but devalues truthfulness in a variety of spheres.” Although the author is persuasive that this development has slowed U.S. action on climate change, his political commentary distracts from his discussion of climate-friendly policies like carbon offset.

That said, Glass’s book is an effective introduction to one of the 21st century’s most vital topics for readers seeking to understand the origins and challenges of climate change.