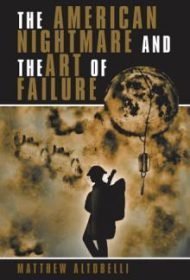 Matthew Altobelli’s memoir reveals the former airman’s struggle with PTSD after serving as a weapons specialist in Afghanistan.

Altobelli’s story begins in 2007 in Afghanistan. Intelligent and charming, the author was 19 years old and just one year into an eight-year Air Force stint when he went to make a phone call in the middle of the night. Seeing civilians without escort approaching in the distance, his suspicions were raised — and heightened when the men began running toward him. Acting instinctively, he shot and killed them, later learning they were harmless employees on the base. He was allowed to return to work, but he was told not to speak about the incident, which was classified.

Altobelli hid subsequent symptoms of PTSD and undiagnosed bipolar disorder: mania, suicidal thoughts, lack of self-control. He vividly describes demons who whispered “I’m still here,” inciting his rage, fear and self-doubt. Self-medicating with alcohol and hard work while in the service and after, he charged into new businesses without sound plans, always resulting in debt and damaged friendships.

His memoir ends on an upbeat note in 2018, after he finally tries talk therapy at the Veteran’s Administration, including a technique called EMDR, and enters school to study psychology.

Altobelli writes in a conversational tone that’s easy to relate to. His retelling of the shooting incident is vivid, if brief. Often, though, his memoir feels incomplete. For example, he only vaguely describes a 2017 episode where his mother feared him so much she had him briefly committed. Discussion of his subsequent therapy and personal growth are limited to 43 pages, out of 284. Meanwhile, his attempt at transparency is undermined by puzzling statements, including that he “never touched a drug in my life,” despite descriptions of heavy alcohol and steroid use.

Overall, the book requires more information to fully satisfy readers. Still, mental health professionals and those suffering from PTSD and other mental illnesses may appreciate Altobelli’s well-paced and intimate story.