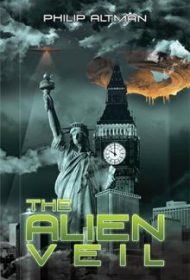 Philip Altman’s sequel to 2056: Meltdown continues the science fiction narrative set in a near future where humankind is attempting to overcome its propensity for corruption and immorality while battling invading aliens.

The storyline follows two men, Robert and John, who, at the behest of England’s prime minister, join an organization known as the Prime Minister’s Group, a collection of influential people promoting world peace and justice. As the two men endeavor to change humankind for the better, aliens from a dying planet plot to colonize Earth.

While the premise is intriguing, the writing has many failings. The point of view inexplicably slips into second person at times. There’s virtually no description and little focus on tension or narrative intensity. When alien spacecraft begin attacking airplanes, for example, the author describes it thusly: “These spaceships had become quite a nuisance in recent times.”

Also of concern is the underlying sexism. There are no main female characters – aside from a woman who agrees to murder a man primarily because her former husband “dumped her” for a younger woman – and the women portrayed are largely subservient.  For example, Robert “was astonished to see that his assistant was female…” Another character, Herman, muses about his family while considering a job working in space: “… it had become no longer uncommon at the time for wives to have to manage on their own whilst their husbands worked…”

Finally, Columbo fans may recognize details that appeared in an extended sequence of an episode titled “Double Exposure”; the similarities include inserting subliminal messages into movie reels, using a calibration converter on the murder weapon, hiding the converter in supports of a lampshade, even using Columbo’s ingenious method of creating his own subliminal messages to uncover the killer. While this could be coincidence, the similarities are striking.

In the end, the many issues overshadow the story’s potential. The Alien Veil requires substantial revision in order to attract a wide audience.