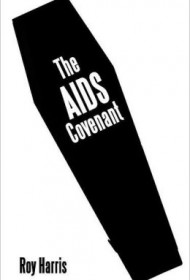 Two doctors, one British, one American, are murdered within hours of each other in this thriller, set in 1993 in Britain and San Francisco.

The doctors had collaborated to unravel a conspiracy that sought to limit AIDS research and the treatment of AIDS patients. This terrifying covenant involved the governments of the U.S., Britain, and other western nations that feared their countries would be bankrupt by costly AIDS treatments. Because a large segment of the infected population is poor, failure to adequately fund treatment and research would result in the deaths of millions.

Each doctor had a child. Susan Milner worked for her father in his California laboratory, and David Hughes worked as a features journalist in Scotland. Each had received briefs from their fathers detailing their suspicions, with data to back them up. Now, the people who killed their fathers are out to kill them — and to retrieve the damning information.

A subplot deals with a serial killer who has targeted single, successful, professional women living in the Bay area, while another, more charming thread, involves David and Susan’s bungled attempts to become lovers.

While the author had the seed of a wonderful idea, he has planted it in shallow soil. Readers aren’t told, for example, how the AIDS covenant came to be, nor do we meet any of the characters responsible for its inception and implementation. The book deals only with the chase to retrieve the doctors’ research materials, and in the end, nothing significant is resolved or achieved. On a technical note, it is obvious that this novel was never proofread for error; punctuation is spotty, and words and letters are dropped far too frequently. In addition, the American characters sound just like their British counterparts.

In sum, this superficial treatment of a serious global issue is unlikely to attract sophisticated readers of the genre.