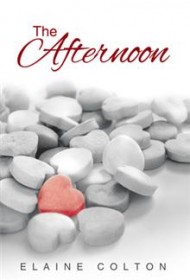 Although the back-cover blurb implies that this slim novel might belong in the soft-core erotica genre, the book is actually a tastefully sexy love story featuring an unusual protagonist: a nearly 70-year-old woman.

The story takes place over three afternoons in a Manhattan bar called The Club. As Jo approaches her seventh decade, she decides to mentally revisit every relationship that shaped her life. From a barstool at The Club, she traces her sexual evolution from her early life in Iowa in an unfulfilling marriage to her days as a 40-year-old divorcee experiencing a sexual awakening in New York City. Jo reminisces about seducing and being seduced by men she picked up at The Club, until meeting the love of her life, Curt, in her late 50s.

While the first half of the book is interesting and engaging, the story becomes much more substantial after Jo meets Curt. As she falls in love, Jo becomes more multidimensional, and the final pages detailing her relationship with Curt are truly touching.

An odd and obvious subplot to the Curt story fortunately doesn’t detract too much from the otherwise well-thought-out tale, and the book is cleanly, if plainly, written and professionally edited. Overall, its focus on an older woman’s sexuality gives it depth and sets it apart from many other provocative romance novels, making it a particularly satisfying read for mature women.