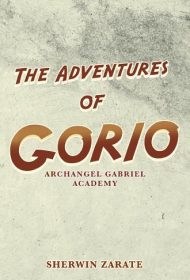 Sherwin Zarate’s novel is a young adult fantasy that chronicles the globe-hopping adventures of a group of heroic teenagers (who call themselves the Legendary Ten) with supernatural abilities as they battle myriad monstrous villains.

After a giant ghost kills Gregorio de los Santos’ parents and sister in his home in the Philippines, Gorio, as he’s called, is sent to a special school in rural Canada that teaches students with certain powers. Gorio, as it turns out, can see ghosts that others can’t, and once at the school—called the Archangel Gabriel Academy—he meets and befriends other young adults with similar abilities.

The group of ten—including his love interest Shin Young, a girl from South Korea who can teleport—unite to help better themselves, both through scientific advancements and physical and mental training. After the academy is attacked by a pack of wendigos and the group is safely evacuated, they embark on a series of adventures that pit the Legendary Ten against a never-ending parade of bad guys, including werewolves, vampires, ghosts, goblins, and even a fake psychic.

While the plot has potential, the story’s execution falters. There is a conspicuous lack of significant character depth and description, an almost complete absence of world-building, and little understanding of how to utilize tension to strengthen readability. Additionally, the use of simple sentences throughout negatively impacts the tone, giving it a strange middle-grade reader feel: “I saw my dad on the floor. He was on the floor in a weird and awkward position. He was not moving too. His back was on the floor. His face was also on the floor.”

Adding to the narrative’s issues are plentiful grammatical errors, such as awkwardly worded sentences, improper word usage (“thunders” vs. “thunder”; “staffs” vs. “staff”); missing commas, and so on.

While the narrative’s premise certainly holds promise, the critical writing deficiencies coupled with an inundation of grammatical errors make this novel difficult to recommend.