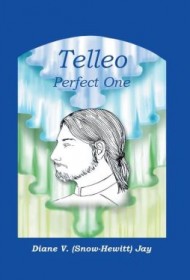 A young daydreamer envisions a world of fantasy and redemption in this massive biblical allegory set on a far-off world.

Shadows of C.S. Lewis, Edgar Rice Burroughs and L. Ron Hubbard fall on this 605-page novel from author Diane V. (Snow-Hewitt) Jay. The world Jay constructs is hugely complex, with a cast of characters so vast it requires a glossary to keep track of everyone.

The novel is inspired by the concept of “Dispensations,” the creation of various races by God, who is called here variously “El Pelo Blanco” or “Silverado.” The first dispensation was the creation of the Angelic race. During the second dispensation, the creation of Earth’s human beings, Jay implies that the war in heaven from the Book of Revelations occurred. Divided into two parts, this story is about the third dispensation, during which Silverado creates two new races, the Yemimah and the Edomah in a realm called the Under-Universe. The Yemimah are the “godly” race; the Edomah, who closely resemble Earth’s humans, worship Silverado’s antagonist Luzbel.

The novel’s hero is Telleo, a devoted disciple of Silverado who is in constant conversation with his Lord. The story relies heavily on the concept of the Holy Trinity, with El Paloma (the Holy Spirit) and El Aguila (Christ the Savior) joining the cast.

The novel’s point is not always clear, leaning heavily on a number of challenges put to Telleo by Silverado with the goal of gaining spiritual enlightenment. The narrative is dominated by circular conversations about various aspects of faith, punctuated by random words, phrases and passages in bolded text, as well as minimalist drawings of some of the characters. With its focus on compassion as a universal value, the story may appeal to evangelical Christians. However, readers with more wide-ranging philosophies will find themselves bogged down in windy parables, overwritten dialogue and a writing style reminiscent of 1930s pulp sci-fi, making it difficult to persevere to the end.