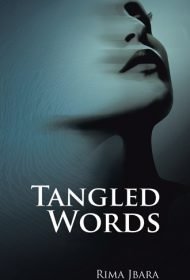 Jbara presents a ying and yang through the musings of twins Rain and Eternity, both writers who grow up in a dysfunctional home with an abusive, unsupportive father and passive mother, yet who see their work and the world around them completely differently. In a chapter called “Two Acts,” for instance, Jbara offers a series of opposing descriptions of the twins, as in: “Rain needs emotional support with almost everything she does. . . Eternity never needed any emotional support in anything she decides to pursue…Rain was a pessimist towards all issues…Eternity was an optimistic person.” And so on.

The storyline unfolds in segmented bursts of dialogue without transitions between them, like walking into the middle of a long-running conversation. “Why did my girls have to be like this?” asks the mother. “What do you mean ‘like this’? ” the father replies. “Different from other girls.” “I think we are lucky and unlucky at the same time.” “I believe we are only unlucky.” With little connective narrative, that short passage gives readers either the opportunity or burden of interpreting who the parents are and why they act the way they do. Overall, the author’s use of stream-of-consciousness conversation takes on the feeling of free-form verse with bite.

There’s a tragedy tucked into Tangled Words as the two writers find romance, try to resolve family tensions and launch writing careers, again with opposite results and responses. Yet as the story concludes, the author abruptly changes style, abandoning the enigmatic for a more concrete and traditional narrative. Suddenly, it feels like a different book, which is jarring. Readers might also tire of the ping-ponging between the twins’ opposing natures.

Overall, Tangled Words is interesting and noteworthy in its cleverness, although it’s likely too esoteric to appeal to a wide audience.