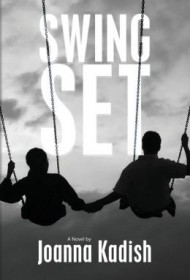 Shelly met Steve at work. He courted her, charmed her, and ultimately they were married. Steve was instrumental in Shelly’s ability to overcome oppressed sexual feelings left over from childhood and transition into a woman willing to explore sexuality. When sex in their marriage starts to stale and their suburban, vanilla life bore them, Steve and Shelly seek ways to heat things up. They begin with Internet porn and sex education classes, and eventually venture into the choppy waters of swinging, resulting in a sexually charged, often dark, and sometimes humorous take on partner swapping, sex inside and outside of a marriage, friendship, and suburban life.

The author has a very particular writing style: The prose is highly descriptive, at times flowery, creating a sensual backdrop that occasionally interferes with the flow of the story (i.e.: “Overhead, a few stars glimmered in velvet darkness too vast to comprehend…The languid beauty of those dark spheres added to the astral, molecular dance that unites all of life, part of nature’s symphony”). This style contrasts with the author’s much starker commentary on men, relationships, swinging, and cheating.

The story offers a large cast of characters that brings color to Shelly and Steve’s somewhat repetitive storyline. The plot builds slowly as the couple explores and struggles to find sexual satisfaction and strength in their marriage, often failing.

Despite its problems, Swing Set delivers a generally interesting, sexy, often witty, and ultimately brave portrayal of sex and marriage, and of a flawed couple that ultimately finds what they’re looking for in an unexpected place.