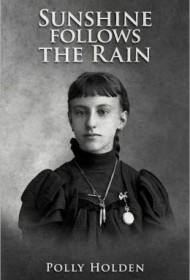 Emotional and familial entanglements wrought by unexpected love between former German POWs and young local women in Britain post-World War II are the basis for this historical romance novel.

The story opens in October, 1945, as German prisoners of war are made to help repair the severe damage done to Britain before being repatriated. While temporarily housed in farming country near the English Channel, two young German men, Karl and Heinz, happen upon some young lasses in the community and soon fall in love.

However, Sylvia, a teenager who hopes to marry Karl, faces severe resistance from her father, who detests the Germans for ravaging his homeland and doesn’t want his daughter getting married at such a young age. Heinz faces other problems when told he is being repatriated after just learning he impregnated Janet. He wants to return home to help restore the devastation wreaked in his own country, yet he doesn’t want to leave Janet to fend for herself.

Intermingled with the plot are some engaging side stories. One involves the plight of city children sent to live with strangers in the countryside for safety’s sake, only to face abandonment by their parents. Class distinction also dredges up trouble, as once-prominent people are ashamed to face poverty, rationing and the potential loss of their homes.

This novel has little dramatic tension and the ending is somewhat predictable. Nevertheless, Holden writes fluidly and with attention to period detail. The characters are well-drawn and likable and the narrative is informative regarding life in Britain following WWII. Unfortunately, punctuation mistakes and other editing issues mar the reading.

In short, Sunshine Follows the Rain is a pleasant book for those who enjoy learning history in the context of a love story. With strong editing and more dramatic tension, it could attract a wider audience.