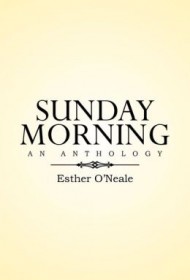 Esther O’Neale’s Sunday Morning is a cross-genre collection that incorporates essays, poetry, and fiction on “the language and culture of the Carribean.” While the poetry is notably weaker than the prose, O’Neale’s writing reveals vivid images and provocative insights into her native Grenada and the world at large.

O’Neale’s writing strengths are best exemplified in her personal essays. For instance, “Under the Tarpaulin” showcases her clear, appealing prose and point of view as she recalls the approach of Hurricane Ivan and compares it to a much earlier hurricane she experienced, dubbed Janet: “For those who are still debating which was worse, compared to Ivan, Janet was a birthday party. If Janet had a high school diploma, Ivan had a PhD.” From the first paragraphs. readers can picture what is happening and feel the mounting tension as Ivan nears.

In contrast, O’Neale’s “Ivan Haiku” presents the same subject matter with less linguistic and imagistic innovation: “The wind still rages/ Is Ivan on his way back/ O God please save us.”

In general, O’Neale’s poems address interesting and emotional topics but present them in predictable ways, for instance: “Go gently my dear father/ To the one who loves you best/ At three score seven and twenty/ You have earned a time of rest.” This contrasts with her prose, where O’Neale distinguishes her father through specific, engaging details: “Every morning before breakfast I watched as my father took his bible and walked to his favorite chair on the verandah where he did his readings and meditation.”

The short stories also offer appealing details and plotlines, but they tend to end abruptly without full development or resolution. Readers are left wishing for longer, more layered stories.

O’Neale is a thoughtful, intellectually curious writer whose literary promise might be best served by expanding her fiction and developing her essays toward a thematically linked memoir. Despite this book’s uneven content, readers of this collection will find much to appreciate.