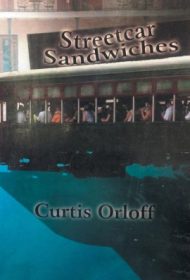 Curtis Orloff’s screenplay, Streetcar Sandwiches, centers on hiring practices required of a mom-and-pop sandwich shop in New Orleans, and one owner’s quest to end the wide-reaching governmental oversight that threatens her business.

Anonymous bureaucrats have imposed extreme requirements in an effort to foster a more diverse, inclusive work environment within the city limits. Streetcar Sandwiches has been deemed a “Culturally Defined Business” by something called the “Cultural Commission,” which reports to the President’s “Bureau of Ethnic Affairs,” which apparently requires all businesses to hire any applicant who could be considered an ethnic minority, as well as anyone considered disabled.

Alarmed by the seemingly endless demands of myriad governmental councils, co-owner Susan, who runs the business alongside her ex-boyfriend John and his wife, aims to unmask and confront the mysterious mastermind behind the red tape and save their business, at any cost.

This is rich thematic territory, but several problems hamper the screenplay’s effectiveness. First, it’s never made clear who runs these various commissions, or why. Several times, a character passively mentions a council or committee readers haven’t yet encountered, with little to no information about what its purpose is.

Second, the characters are hard to like, particularly the protagonists, who come across as snide and uncaring. At one point, complaining about all the bureaucratic rules, John notes that “The Nazis didn’t force anyone to eat sauerkraut.” Comparing an attempt to foster inclusiveness, however flawed, to a fascist regime that perpetrated the world’s worst genocide makes him seem clueless at best, racist at worst.

Third, when Susan seeks to unveil the mysterious origin of these new rules, readers follow her along to numerous meetings with governmental officials where nothing interesting or enlightening happens.

Finally, by the time Orloff arrives at the climax, all preceding plot is undermined by a deus ex machina of epic proportions.

With exceedingly unsympathetic protagonists, a ubiquitous antagonist, and a plot that never fully materializes, Streetcar Sandwiches ultimately misses the mark.