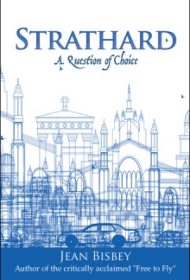 A series of tragic incidents prompts a young girl to give up on God and search for a different understanding of life in this imagery rich yet somewhat underpowered story of redemption set in Scotland.

The novel opens with 40-year-old Jenny returning to the Scottish valley estate where she grew up to solve an unnamed problem. This leads to a series of flashbacks from the narrator at age 12. Early on, she can’t understand why God would allow her young brother, Graham, to be born physically and mentally handicapped and why her mother died during childbirth.

As Jenny witnesses even more tragedies and confusion, Neil, a minister she never really liked, convinces her to marry him at age 16. Jenny quickly feels smothered by Neil’s strict religious beliefs and begins seeking her own destiny through astrology and a professor steeped in theosophical studies.

The author has a flair for descriptive detail; for example, “His breath on my face was heavy with tobacco and his wet tweeds reeked of live dog and dead rabbit.” She also nicely captures language quirks: “Ach! I knew her when she crawled about in her breeks.”

While the protagonist is richly alive, both physically and emotionally, supporting characters prove less magnetic. This is because we see them predominantly through Jenny’s eyes rather than through any attempt at revealing their personal points of view.

Additionally, the plot lags because there is little palpable drama, even after tragedies such as Graham being struck by a car. This event fails to resonate because readers only learn of the accident through conversation, not action, and the boy’s ultimate fortune seems an afterthought to Jenny’s feeling of guilt. Further, while the ending eventually ties back to the book’s opening scenes, the conclusion feels contrived.

Overall, the story lacks the spark required of a riveting read. Patient readers, however, will find some rewards in these pages.