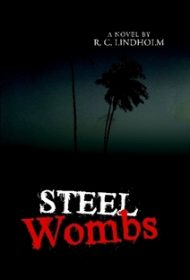 What begins as a trip to Sweden at the request of a friend becomes a nightmare for retired geology professor Cal Larsson of North Carolina in this contemporary thriller.

Dr. Larsson is still mourning the loss of an old love when he receives a phone call from a longtime friend, Mark Svenson, asking Larsson to meet him in Sweden.  It turns out that Svenson is seeking help for a mutual acquaintance, a beautiful woman they met years ago at a conference, who is dealing with a mysterious problem. Before Dr. Inga Rundstrom is willing to confide fully in Larsson about the issue, however, the two embark on an affair and a vacation in Tuscany.

As the story evolves, readers learn that Rundstrom has ethical concerns about her work raising giant embryos (steel wombs) for stem cell research. Meanwhile, it’s revealed that someone is killing people on the Mexican island where Rundstrom’s laboratory is located, and that the couple is being followed. Before the story concludes, Larsson will have embarked on a hair-raising adventure that begins in Sweden and ends in Ireland, and the plot will involve crazy relatives of Rundstrom’s, killer dogs and unrequited lust.

From a purely technical standpoint, this novel is well written, vividly descriptive, and properly copyedited. The problem is that the author hurries through significant portions of the narrative that are potentially dramatic but underdeveloped.  Meanwhile, the characters aren’t drawn well enough for readers to feel they know the players beyond a superficial level. And the author’s overall tone is almost lighthearted, thus undermining the seriousness of the initial premise, the raising of giant embryos, and its disastrous potential.

The thriller aspect of the story is balanced in equal measure with Larsson’s romantic life. But the novel would have been enriched by a singular focus on the initial, intriguing steel womb conceit.

Overall, this book could have been much more. Still, it presents a fascinating premise and a moderately entertaining read.