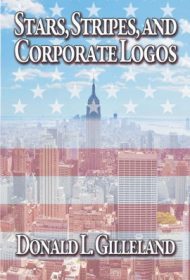 In his prosaic portrait of a life well lived, Donald L. Gilleland presents a youth-to-retirement timeline crediting his successes to optimism, a strong work ethic, faith in God and a good marriage. From humble beginnings in small-town Illinois to a 40-year career in public relations for the military and private defense industry, Gilleland chronicles a career culminating in multiple self-published books and a well-earned retirement.

Gilleland joins the Navy during WWII and grows from boy to man, his Midwestern values and propriety hastening maturity. Returning to civilian life and completing university with a theater-arts major, he marries his college sweetheart, abandoning thoughts of acting. A short-lived stint in insurance is “a bad career fit,” he writes, but his theater training proves advantageous.

Missing military life, Gilleland joins the Air Force as a public relations official. He publishes journals and magazines at international bases, gives speeches, works for the Pentagon and earns a graduate degree in PR.

Gilleland’s most treasured assignment is managing journalists at exhumation sites of Vietnam MIAs as public affairs officer at the National War College and film and TV adviser for the Air Force. After leaving the military in 1984, Gilleland joins the defense industry, promoting military vehicles. In1989, he retires to Florida to play golf and write about American culture despite his wife’s concerns for her workaholic husband’s ability to handle a slower pace.

Gilleland’s competent but lackluster, slow-moving narrative offers a blow-by-blow chronicle reflecting great personal satisfaction for his life’s journey. There’s minimal introspection, however; despite his worldly travels, we learn little of cultures or nations where he lived, though he writes five pages on the HUMVEE’s technical virtues. Toward book’s end he highlights his public service accomplishments and promotes his previous books on the Islamic threat, national defense, abortion, and homosexuality.

While his story isn’t likely to appeal to general readers, career military personnel or those interested in the military-industrial complex and others of his generation might find his reminiscence informative.