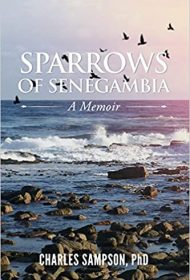 Charles Sampson’s memoir is a highly compelling story of six generations of his high-achieving African-American family, told in the context of historic events like the Civil Rights Movement and the Great Migration.

An accomplished professor emeritus in the field of urban and public affairs Sampson weaves academic research, genealogy, and oral tradition from his Laurel, Mississippi, childhood into effortless storytelling.

His book illuminates how enslavers created equally effective systems to brainwash “the Negro” to accept a permanently inferior role in society. Lesser education, high rates of incarceration, and voter suppression are still systems used today. In another example of society’s disregard for black communities, he describes his boyhood church being torn down to make way for Highway 59, a scene repeated in countless black communities during the 1950s’ interstate highway expansion.

Sampson’s parents emphasized education as a path to economic and social advancement. All eight of their children were highly educated. While Sampson admits the promise of merit-based advancement and reality sometimes conflicted, his reflections on being a black man in a white-dominant culture are mild. Without bitterness, he writes that he coped in part by rationalizing away negative feelings, focusing on career goals, and compartmentalizing past injustices.

Sampson’s memoir is a thoroughly engaging, well-paced story. His siblings, friends and travels feature prominently, and his thoughtful reflections are sprinkled throughout. While his own story—arriving nearly halfway through the book—might not grab readers as much as earlier stories that link to larger events and his prose is occasionally repetitive with some tangents, these issues don’t detract from the overall quality of this first-rate memoir.

Sparrows of Senegambia deserves a place on shelves next to other nonfiction books about the African-American experience, told more fully and factually in the post-George Floyd world.