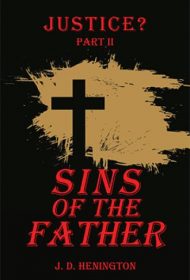 Revenge is on the menu in this mafia-based thriller set in New South Wales and Naples, Italy.

When Marcello Di Paulo, clan consigliere to mafia boss Pietro Giordano, privately investigates the death of Giordano’s daughter Sophia, he learns that an Australian doctor, Bria Palmer, is guilty of her murder. Bria and her husband Mathew discover Di Paulo is on her trail and decide to go to Naples with their new business associate James Kirkland and confront head-on the feud between the two families.

Then, when Giordano dies and Di Paulo takes over his family, Bria and Mathew see an opportunity to wrest control of the Giordano empire, but Di Paulo and others are determined to take revenge for Sophia’s murder.

There is plenty of action in this thriller, including a murder in broad daylight, an attempted murder by bee sting, a plane crash and several double-crosses and showdowns between the main characters. The Naples setting is convincingly described.

However, the story also has several major flaws. It includes far too many characters with convoluted backstories and interconnections. Meanwhile, central characters confess their crimes to each other as if they were confessing to little more than breaking a dish or scraping a wheel trim, rendering the narrative implausible. Any emotional weight the story might carry is lost through weak characterization and the author’s penchant for explaining characters to readers instead of revealing them through their actions.

Mundane details also slow the action, and the writing is labored and repetitive; for example, “At 3:15 p.m. Bria’s iPad signalled an incoming email. ‘Excuse me please, Nicole. My iPad sounded an incoming email. It could be very important,’ she said, taking her iPad from Mathew’s bag.”

Overall, this has the feel of a first draft. Revision with an eye to addressing the issues mentioned is required to attract an enthusiastic readership.