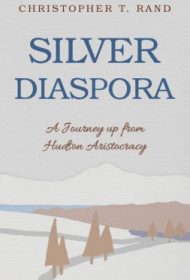 A descendent on his mother’s side of John Jacob Astor, once one of the country’s wealthiest men, the septuagenarian author relates stories of his “profligate” family, and the political and artistic elites with whom they rubbed shoulders.

The narrative starts auspiciously: Author Christopher T. Rand argues that America’s Protestant elite has voluntarily “and with some grace” abandoned its political and economic dominance. As “their lifestyles became increasingly anomalous in the new country,” he notes, they chose to integrate themselves into mainstream America.

But unfortunately, the book does not fulfill its promise to explain how the family (and other “robber baron” families) has since dispersed. We learn how his mother fled the East Coast for California, his father traveled the world as a foreign correspondent, and the author himself attended Groton prep school and UC-Berkeley, where he studied Arabic. It’s unclear how his immediate family story fits into the bigger theme of a voluntary diaspora.

Which is not to say Rand can’t tell a story – more often than not set in an exotic locale or featuring a celebrity cameo. Rand’s stories of his formidable maternal grandmother’s perch at the top of New York society in the Gay Nineties offer insightful details. Sara Delano and Eleanor Roosevelt – mother and wife of FDR — make entertaining appearances in Astor family lore.

Rand gives us a fly-on-the-wall look at the closest thing America had to aristocracy, and his honest assessment of his family’s shortcomings gives the book broad appeal. American history buffs, and readers curious about the rich and famous, may enjoy this book. But the author’s emphasis on his immediate family’s recent history comes at the expense of a larger, more interesting story about a shift in power in America.