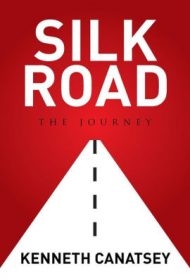 Silk Road is a vibrant account of Kenneth Canatsey’s travel to the ancient trade routes between Europe and China, where exotic cultures and brutal living conditions reshaped his first-world perspective.

After graduating from college in 1966, Canatsey hitchhiked to New York City to escape the boredom of his comfortable, Southern California life. In New York, he soon married, and he and his wife used their wedding gifts to fund six months abroad.

Given that this was the ‘60s, however, the trip evolved from a grand tour of art and antiquities into an extended and random, drug-clouded ramble along the so-called Hippie Trail linking Istanbul and India. Although not especially religious, the pair joined the cultural zeitgeist in pursuit of spectacular hashish and spiritual teachers in towns as remote as Kathmandu, Tehran, and Aurangabad, India.

Canatsey spent more than four years of aimless travel on a shoestring. During this time, his wife left him and he spiraled downward until hitting bottom, too sick and broke to return home. His mother finally paid his way, and he began slowly rebuilding his life in America.

The book is comprised of brief journal entries that provide captivating snapshots of the couple’s life as nomadic “globetrekkers” who quickly bonded with fellow travelers. Exquisitely detailed and skillfully written, with convincing dialogue, Canatsey’s sketches document the heartbreaking end of his marriage and his transformation from idealistic youth to desperate drifter grappling with the Third World challenges of crime, disease, poverty, loneliness, and hopelessness.

It’s unfortunate that the stories lack an overall purpose to lend the narrative more urgency. The recollections eventually become monotonous because they lack suspenseful foreshadowing of what’s ahead and self-reflections on what Canatsey learned along the way. More penetrating insights would have pushed his story to the highest level.

As is, however, it remains a highly worthwhile read. For those who remember the turbulent ‘60s, Silk Road provides a magic carpet ride through one of the era’s most legendary subcultures.