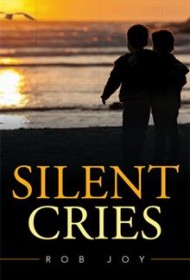 Two young runaway boys are the focus of this elaborate narrative. Each a victim of extreme abuse, they meet on a beach and build a mysterious, tender connection while battling inner demons and external threats.

The story, set in an indistinct British locale, opens with an overview of each boy, born to widely different families. John Black’s parents live a life of wealth and privilege. Tragedy strikes when they are killed during his attempted kidnapping. Soon, John ends up in the home of highly abusive foster parents who banish him to live in their shed for years.

Steven Symonds’ birth results from his mother’s affair. Her outraged husband makes Steven live like a dog under the stairs, and, at age four, the boy is forced to be a sex slave to Sir, who pays Steven’s father for the sexual use of his son and regularly subjects Steven to bondage and torture.

The “scared, scarred, and vulnerable” boys eke out a life on the streets, foraging for food and eventually taking part in underworld crimes. A policeman named Peter takes a keen interest in the pair and works to win their trust as (unbeknownst to Peter) the growing boys fall under the control of a mysterious man and suffer haunting, aberrant sexual abuse. These scenes are described in great detail that some readers may find too graphic.

The book’s protagonists are keenly drawn, with credible temperament flaws and unique physical features. While the actions are highly detailed, however, the plot fails to transport because too much of the boys’ back story (some situations straining belief) is revealed in the opening pages. Therefore, all readers are left to ponder is when the supporting characters will catch on to what pivotal events led to the boys’ odd behavior.

In short, while the story is imaginative, it falters by telling too much too soon, limiting its tension-building possibilities and, ultimately, its overall appeal.