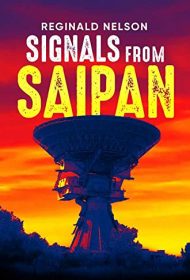 Nelson and his friend Ashonte (“Ash”) Black are on Saipan to test Dr. Nelson’s discovery that a radio wave frequency can set off C-4 explosives. Ash explains the idea: “So, all of those hordes of explosives sitting in third world countries with…terrorist groups can be set off remotely? That is genius! That will set the terrorist trade back several decades!”

The invention involves using a “fixed radar facility strong enough to withstand the vibrations and a mirror platform mounted on an aircraft.” They choose the mothballed radar facility from the Cold War days on Saipan for testing.

So begins a wild ride centering on agents, counteragents. and terrorists and heavy on military tech and graphic violence. The action shifts between Saipan, Denver, Florence, Dubai, Moscow, and Washington DC, while the rest of Nelson and Black’s I.N.C.I.S.O.R. team deal with Mexican drug gangs in Denver and kidnappers in Italy—with pickleball, sex scenes, and smugglers carrying a WWII treasure interspersed. Reginald and Ash are finally joined by the rest of the I.N.C.I.S.O.R. team to stop a Russian-backed, Iraqi terrorist assault on Saipan.

Other than killing off two characters from previous novels, there are no real surprises in this one, which will appeal mostly to fans of the previous stories in the series.